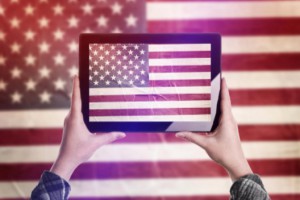 Decisions about both the Republican and Democratic nominees for the President of the United States will soon be made, and the heat is getting turned on. What tactics do candidates use to gain an edge over the competition? Sure, slandering their opponent, cheesy TV spots, and kicking protestors out of rallies all seem to be common strategies for the 2016 elections thus far. However, another important (albeit less media worth) approach is Search Engine Optimization.

Studies show that voters are increasingly turning to search engines to learn about candidates every day, and those search engines are delivering to the public stories, news and auto-complete options featuring presidential front-runners. Because of this, candidates are feeling the need to be in the top ranked search results to include enlightening, useful information for potential voters rather than a giant list of articles that could paint candidates in a negative light or focus voters’ attentions elsewhere. Because of this factor, serious candidates cannot ignore the potential of SEO.

The Case of Rick Santorum

Most candidates (and people in general) believe who wins and loses these debates often decides the race, but what they don’t realize is how powerful search engine optimization (SEO) can be. SEO is an extremely important factor in making any campaign a success…or failure.

Take Rick Santorum for example. When Eric Sherred was hired to be Santorum’s digital strategist in February of 2011, he was thrilled. That is until he went home and discovered that when he Googled “Santorum,” the first result that popped up was…well, let us say very unfavorable.

In 2003, Savage had enlisted a digital army to tie Santorum’s name with an…unpleasant sexual definition…and then “Google bomb” the Republican until the new term became the top search result for “Rick Santorum.”

Sherredd had to work tirelessly to undo the damage that had been done nearly ten years earlier.

Luckily for candidates, most political campaign managers and strategists today are not strangers to the power of SEO. For instance, Hillary Clinton’s campaign has managed to use SEO to overshoot unsparing articles concerning her emails with a page straight from Clinton’s own website: “The Facts about Hillary Clinton’s Emails.” This effort was done through link building, important keywords and a website strategy that generates traffic. As a result, many pages from Hillary Clinton’s site have made their way to the top of the search engine rankings.

Bernie Sanders’s and Donald Trump’s campaigns have also made use of SEO by focusing on the power of keywords. Sanders’s website repeatedly uses keywords that they believe Democratic voters are likely to search for: matters such as “affordable college,” “racial issues,” and “women’s rights.” Likewise, Donald Trump’s website promotes words like “gun control” and “immigration” to generate traffic surrounding the issues about which many Republican voters care.

The results of ignoring certain aspects of SEO are just as prevalent (and more humorous). For instance, Jeb Bush famously failed to register JebBush.com, which leads voters to Donald Trump’s own website, and TedCruz.com directs to a banner page supporting Hilary Clinton. While these may not seem like huge blunders, they have certainly lost those candidates a substantial amount of direct traffic and potentially supportive visitors.

While you may not be planning to run for president anytime soon, ensuring the reputation of your online business is protected is equally crucial to success. The internet marketing specialists at SEO Advantage can help you manage your business’s online reputation and get it to the top of search engine rankings.

To learn more about linking, keywords and all things SEO, contact us or visit our blog for more information about how SEO can help your website succeed.